by xcellentatl in Leadership, Success, Team

Here at Xcellent ATL, we value every part of the entrepreneurial process. From idea generation and team building to networking and coaching, our Xcellent leaders work tirelessly to serve the client, the team, and themselves through their work. Akem Washington is no different. The Account Manager joined our team in July of 2019, and as we approach the one year mark of his career with Xcellent, we are reflecting on the road that brought him here.

Born and raised in Hattiesburg, Mississippi, Washington was an adventurous soul from the very start. “There is not much to do in Mississippi,” says Washington, “so I was always finding adventurous things to do as a kid. I believe that there is no such thing as boredom; the world around us is a playground.” In his younger years, Washington played various sports and served in the Model UN, but his main priority was football. “The competitive environment on the football field taught me never to settle,” says Washington, “I learned always to give 100% no matter what. Practice translates to the game, so never waste time ‘half-working.’ Practice how you play.” Before joining our team, Washington had no idea that this is what his life would look like. “I truly didn’t even know such an amazing opportunity existed,” says Washington, “I swore up and down that I was going to be a lawyer. As I got older, my mindset shifted. I was attending Valdosta State, and continually sharpening my competitive edge through intramural sports. Ultimately, I decided to join the military, where I had to conduct training for one of the squadron commanders. I learned so much through that experience; I realized that things that may seem minor could have a much larger impact on your life.”

“When I was younger, I went through two life-changing experiences,” says Washington, “at eight, my mom underwent brain surgery. It was frightening for me as a kid, but it taught me a lot about resilience and faith; I am so proud of her determination when I remember those moments. Years later, I was in a pretty bad car accident. It was terrifying, but I gained a new appreciation for life.”

When he walked in the doors of Xcellent ATL, Washington saw his home. He was taken aback by the laid back energy of the team, the warmth and friendly nature, and the constant motivation shown by every team member. “Everyone brings something different to the table,” says Washington, “I have learned to appreciate my ability to read a crowd. I can fit in wherever I am, just by observing the energy in the room. I’ve never had a problem talking to people or encouraging them to open up, which is a great tool in this line of work.” However, even the most influential leaders can stumble over their weaknesses, authentic leadership is overcoming those obstacles and adapting. “I’ve learned how to better myself both personally and professionally,” says Washington, “It can be a challenge when I feel like there is not enough time in the day, but I’ve adapted and improved. A lot of that growth is owed to my team; I see them as an extended family, a group of mentors, and lifelong colleagues. I feel like everyone has my best interest at heart, and I couldn’t be happier about that.”

The future is bright for Akem Washington. “If I won the lottery, I would probably by my mom a house,” says Washington, “my proudest moment was seeing her face when I graduated from boot camp, she is my constant source of motivation.” While the lottery may be a longshot, one could say Washington hit the lottery when he chose to enter the business field. The only difference? This isn’t about luck, it’s a result of hard work, and Akem Washington wants you to know that it is possible for those who are willing to work. “Keep going no matter what,” says Washington, “Find what motivates you and never forget it. Use that as your compass, and don’t stray away. Everybody has bad days. It’s all about the next one. Don’t let the past shape your future.” 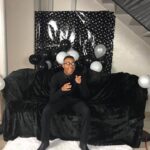 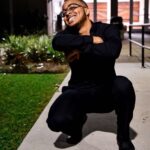